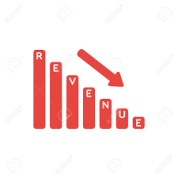 Radio, like all traditional media, is in the economic fight of its life.

In 2006, before the start of the Great Recession, the radio industry booked $18.1 Billion in advertising revenue. In 2006, the thought of earning digital dollars from doing anything on the internet was under development.

Then America’s economy went catawampus. Radio’s ad dollars at the peak of the Great Recession dropped to $13.3 Billion in 2009.

Companies like Clear Channel began jettisoning employees, their biggest expense, by the boatloads. I sadly remember coming back from Clear Channel management meetings with a thumb drive and the dates that different spreadsheets would open and outline where the next employment cuts would be implemented.

John Hogan, Clear Channel CEO, told us at one of those meetings, “Never let a good crisis go to waste.” By that he meant, by using cloud of the Great Recession that the entire structure of the company could be changed.

In 2010, the radio industry began tracking the impact that the Internet of Things (IoT) began having on the total revenue of the business. That first year, $0.4 Billion was earned.

In those early years, traditional media talked about how they were converting traditional advertising dollars into “digital dimes.” In other words, for the same amount selling effort, the Return On Investment (ROI) for digital was minuscule.

Not helping the radio industry chiefs was the inflation rate in America. A dollar in 2006 was only worth 75.44-cents in 2018.

But what about those digital initiatives?

Local radio is one of the top five advertising platforms in America today. BIA Advisory Services SVP and Chief Economist, Mark Fratrik, is predicting that OTA radio revenues will continue to decline one to two percent in 2019 and for the next few years.

Even adding in those digital revenues predicted to be $1 Billion for radio in 2020, Fratrik says total radio revenues are expected to remain flat for the next five years.

If misery loves company, the only bright spot – if you can call it one – is that the advertising dollar challenge for newspapers and television will be even greater.

Traditional media is converging on one delivery platform, the internet.

Today in China OTA radio trails streaming music for in-car listening. Even in America, for people who listen once or twice weekly, streaming and OTA listening are tied at 33%.

“The decision we have to make is

not whether this is the media environment we want to operate in,