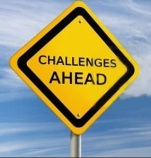 ssed away on Friday, May 1st at the age of 47; too soon to be sure. He was an Internet radio pioneer having created LAUNCHcast in 1999 which evolved into Yahoo! Music Radio. Until his passing he was CEO of SurveyMonkey and he was married to the Chief Operating Officer of Facebook. He was very savy about our Internet connected world.

Brad Hill in RAIN wrote that in 2005, Goldberg was the RAIN keynote speaker. To put his words into perspective, you should know he spoke just before the iPhone was first launched. For it was the iPhone that really launched what we now refer to as the smartphone and mobile music revolutions, that would provide Pandora with its launchpad. Hill wrote that Goldberg said:

“We hope that 10 years from now almost no one is accessing Yahoo services on a PC. It needs to be in my living room, in my car, on my cellphone. This will affect the change in replacing the CD, as well as moving music off of broadcast radio which is also what we believe will happen.”

“We really want to replace broadcast radio for music discovery. We believe music will migrate off of terrestrial radio to the services we are offering because we can deliver the music consumers want, when they want it, where they want it. CDs will be replaced by on-demand subscription services. ‘Personalization’ and ‘community’ features will be key ways we’ll be able to deliver the right music to people at the right time, on devices, on a global basis.”

And Pandora is not alone in this quest. Spotify recently reported a market cap more than twice that of Pandora’s in the neighborhood of $8 billion to pursue their quest of being the world’s music provider. (Contrast that to America’s largest radio group iHeartMedia $20+ billion in debt.)

The world is also watching Apple. It made a $3 billion acquisition of Beats and is working on its iTunes streaming audio product. More about Apple in a moment.

“While consumers enjoy hearing their favorite songs, personalities, and information, mood plays a role why they continue to come back to AM/FM radio stations. In our research, it is often in the form of companionship, mood elevation, and escape.”

I’m a big fan of Rewound Radio and their weekly Saturday feature “The DJ Hall of Fame.” What I’ve personally found is that I’m not so enamored with just listening to old tapes of radio broadcasts from the 60s & 70s – I can hear this music anywhere, including my own CD library – but hearing the air personalities that provided me with hours of companionship, mood elevation and escape. And I’m not alone in feeling this way. I’m a member of a couple of DJ groups on Facebook and we all experience these same emotions.

This fact evidently hasn’t been lost on Apple. Apple has been raiding the talent at the BBC. Zane Lowe was their first hire. Lowe is known as a trend-spotter. He’s also a presenter (they don’t call them disc jockey’s in jolly old England) that builds a strong rapport with his listeners. At least three more folks from this BBC talent tank have announced they are joining Lowe at Apple.

Unlike Pandora or Spotify, it appears that Apple plans to put the personality into their streaming. Could Apple be the first to do for today’s generation what Dan Ingram, The Real Don Steele, John Records Landecker, Bob Dearborn, Ron Lundy etc did for my generation? Put the personality front and center in music presentation?

Horizon Media undertook a comprehensive study on the impact mood plays in effective audio advertising. As the results of what they’ve learned are implemented, the placement of those advertising dollars under Horizon’s control will be affected.

Back to Goldberg’s 2005 RAIN Keynote, he predicted that over-the-air radio would be reduced to a mostly-talk medium.

“We don’t believe music will continue to be broadcast on analog radio,” Goldberg said.

A survey that I conducted with the 300 radio stations in Kentucky showed that local radio stations planned to take their talk programming more locally originated and less national syndicated talk. It also showed that no local music research was being done, but that national charts were being relied upon along with consultants and music programming service providers.

All of this comes at a time when the CEO’s of public radio companies report they’re facing strong headwinds on their advertising revenues. Radio is being attacked from all angles.

Not since the introduction of television back in the 50s has the radio industry faced such a big challenge. We are living in revolutionary times in the communications industry.

Commercial radio is 95 years old. When television presented its challenge it was only in its 40s. Still a young medium with lots of new blood entering its doors with a vision for a new kind of radio.

I challenge my broadcast students to create the radio that will be meaningful for them and their generation. But for those students to have that chance, the owners of radio stations will need to open their doors and let them innovate.

Will radio pick up the challenge?