On May 31st, the last day that WPLJ aired a Hot AC format before switching to a Contemporary Christian format, you would have thought the station had turned in their FCC license from all the hand wringing going on in the commercial radio community.

WPLJ, who’s call letters stood for White Port and Lemon Juice, began its life as WJZ-FM in the 1940s, later switching to WABC-FM

in the 1950s and simulcast 770AM-WABC. In the late 1960s it became one of the early album-oriented rock radio stations in America. On February 14, 1971 it was renamed WPLJ to clearly separate it, and its programming, from its Top 40 sister, Music Radio 77 – WABC, at that point in time the most listened to radio station in the world.

In June 1983, WPLJ changed from its album-oriented rock format to a hits format. (It was May 10, 1982 that 77-WABC changed its format from Music Radio to Talk Radio.) 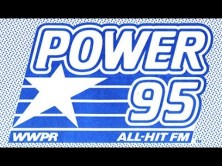 On Thursday, December 17, 1987, WPLJ changed its call letters to WWPR to better promote its marketing slogan “Power 95” and its new Top 40/CHR format.

A year later, the call letters were switched back to WPLJ.

In 1991 when Scott Shannon was hired, the branding was changed to MOJO Radio and by 1992 the station had transitioned to programming a Hot AC format calling itself “95-5 PLJ.”

The only constant in life is change.

The history of New York’s 95.5 FM signal has been one of both call letter and programming change since it was birthed in the 1940s. EMF changing the format to its popular and successful K-Love format does not spell the end of anything. It’s a new beginning.

Those final days of the Hot AC version of WPLJ saw its raw Nielsen numbers take the station’s listenership rank from 13th to 3rd in the Big Apple.

It had nothing to do with the music played, or any of the other programming elements the station used, but it had much to do with the personalities that returned to WPLJ. The people behind the microphone caused a surge in people tuning in 95.5 FM. WPLJ listeners wanted to hear their favorite radio personalities one more time.

To me it was living proof that radio’s secret weapon for attracting listeners is its air personalities.

Similar audience increases were witnessed in Washington, DC on WRQX and in Atlanta on WYAY, as each of those radio stations’ air personalities, past and present, said goodbye before turning over the keys to EMF and their national religious format.

The Educational Media Foundation (EMF) has grown into a Christian radio behemoth. It’s a nonprofit 503(C) 3 corporation that is supported by the listeners to its radio stations that become donors. Much like Public Radio, EMF radio stations conduct twice annual fundraisers and all listener contributions are fully tax deductible to the extent allowed by law. EMF’s broadcast network is the largest Christian media radio network in the United States, now reaching over 47 states.

EMF states their primary purpose is “to create compelling media that inspires and encourages our listeners to have a meaningful relationship with Christ.” “The programming is designed to provide encouragement, inspiration, and a deeper understanding of the Christian heritage.”

It must be fulfilling its mission, as its listeners have continued to fund EMF’s growth year-after-year, and there’s no reason it will stop anytime soon.

Could your radio station fund itself by listener support? Have you invested in your programming and air personalities to create something so special that listeners want to support you for fear of losing the service you provide?

It certainly makes you stop and think about your value to the market you serve.

The WPLJ signal is one of the best FM signals in New York City and I’m sure that in its evolution to Contemporary Christian programming will allow it to enjoy a radio life for many years to come.