Is an FCC Commercial Broadcast License Still a License to Print Money? 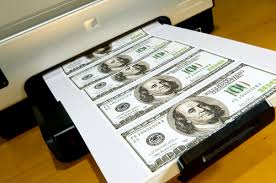 SPOILER ALERT: The answer is no.

The reason is, as Warren Buffett might put it, having an FCC commercial broadcast license was like having a moat around a castle. It protected others from easy entry into the broadcasting business. The problem just about every business today is having is that those “moats” also known as barriers to entry are being filled in by new technology that didn’t exist back when the business was born.

To publish a book, a magazine or a newspaper once meant you needed a printing press. To broadcast to the public you needed an FCC license for either radio or TV. Today, you can “publish or broadcast” to the world without anything more than your Smartphone.

The owning of an FCC commercial broadcast license was once a long-term competitive advantage, but we live in a time of a communications revolution; not an evolution. Those days of bringing 30, 40, 50 or more percent of the revenues to the bottom line are gone. It’s not just the media world that’s facing this creative destruction. Many traditional industries are also dealing with massive disruption to their business models.

The irony may just be that those “moats” that once were the greatest asset of a company may now be the greatest liability. So what’s the answer? I think it starts with defining radio’s mission in today’s world. What does winning in radio today look like? It’s not a great Nielsen Audio rating when all ratings are so compressed. It’s not being the tallest midget in the streaming world either. And it needs to be about more than just about the bottom line. Companies that make their mission something of real substance often are the ones that also deliver “insanely great” bottom lines.

Radio leaders need to clearly state how they will measure “winning” and then focus everyone in the company to achieve that goal. It also means not trying to do it all, some things will have to go. This is a critical point as many “leaders” shy away from a selecting a singular strategy preferring to throw everything at the ceiling and hope something sticks.

Radio, no matter how it is delivered, can still build strong and enduring relationships with its audience, like the relationship that William “Luther” Masingill built with his radio listeners in Chattanooga, Tennessee.

Luther, as everybody knew him, for 74 years signed on at 6am sharp on the same radio station. He was America’s longest running broadcaster and was on the air both during Pearl Harbor and the attacks of 9/11. Luther broadcast over the same station, with the same call letters, in the same time slot and delivered the same audience ratings success for decades. His philanthropy, both public and private, could fill an encyclopedia sized work. The people of Chattanooga knew how to get a hold of Luther even when he was not on-the-air because his name and phone number were listed in the phone book. I was at his induction ceremony this past summer as Luther was inducted into the Tennessee Journalism Hall of Fame, but Luther was not. The managers from his station, who accepted the award on Luther’s behalf, said that Luther couldn’t be there because he reported for work at 6am that morning as he always does. Luther never even took a sick day from 1940 until 2001. Sadly, Luther passed away on October 20, 2014 at 6am sharp at the age of 92. Luther is the best example of radio’s long-term competitive advantage; it’s “moat.”

The people who work inside our radio stations are what can make all the difference to the future of the radio industry. The students at college radio stations and in broadcast programs, if given the chance to perform with a clear mission of what “winning” looks like, will create the radio of the future.

Radio needs leaders who put the people inside the radio station first. Leaders that inspire and empower their people and that clear away obstacles to making that mission a reality. If radio leaders take care of the people who take care of the listeners and the advertisers, they will insure not only their success, but the success of the radio industry.

2 responses to “Is an FCC Commercial Broadcast License Still a License to Print Money?”