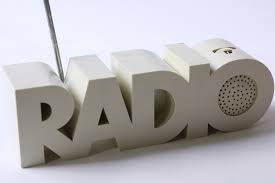 Since I got into radio, the thing I’ve probably heard more times than I can count is “radio doesn’t work.” It wasn’t true then and it’s not true now. So why is this question even still around?

Radio stations that program Adult Contemporary, Gospel, Urban, Lite Rock, Classic Rock, Country and Oldies have raised over $250 million over thirty years for St. Jude Children’s Research Hospital. The hospital says their “Radio Cares for St. Jude Kids” is one of the fastest growing radiothon programs. Who wants to be the first person to tell them the sad news “radio doesn’t work?”

In 1986, a budget hotel chain’s ad agency hired a home builder in Homer, Alaska to voice their new radio campaign. Tom Bodett was “discovered” by The Richards Group when a creative director heard Tom on NPR’s “All Things Considered.” Tom Bodett would ad lib “We’ll leave the light on for you” as the closing line. He’s been their radio spokesperson ever since. The Blackstone Group paid $1.9 billion for the chain in 2012. Who wants to be the first person to tell them the sad news “radio doesn’t work?”

A single store jeweler in Springfield, Missouri became a major jewelry retailer. It was the advertising strategy and creative copy of Roy H. Williams, aka The Wizard of Ads that would see his agency’s first client double and then triple in sales volume each year. Roy used radio to build the customer base of Woody Justice’s jewelry store. At the time Roy began working with Justice Jewelers, the gross sales volume of the average jewelry store in America was less than $650,000. I lost track after Woody crossed $11 million in sales. Who wants to be the first person to tell Woody the sad news “radio doesn’t work?”

There are more FCC licensed broadcast radio stations on the air today than at any time since the birth of commercial radio in October 1920 with the sign-on of KDKA in Pittsburgh, Pennsylvania. Even more amazing is that radio still reaches over 92% of persons 12-years of age and older every week in America.

Radio works just fine. The difference between using radio to get results and not, depends on the person who creates the message. The skilled writer who knows how to write persuasively and talk to the heart of the listener is worth their weight in gold.

One response to “5 Reasons Radio Works”