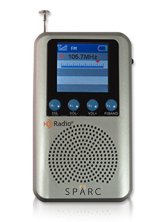 There’s something that’s been troubling me for some time. It’s the radio industry’s habit of reporting radio listening results by calling it “AM/FM” versus what it really is, virtually all FM radio listening.

Who could not be buoyed by this headline from Nieman Lab: “AM/FM radio holds strong for American listeners.”

But is it true?

When I read the ratings reports from both PPM and diary markets, I see an FM world.

Don’t get me wrong, I grew up on AM radio and recognize that almost every market has a heritage AM radio station that still garners a big audience. I’m not blind to the wonderful ratings of 1010 WINS in New York City for example.

But there are only 26 all-news terrestrial radio stations left in America according to Nieman. This popular format is missing from the majority of America’s radio markets.

WTOP was built on AM radio. It moved its entire operation over to the FM band and grew its audience, revenues and lowered its listener demographic. People who never heard this radio station on its AM dial position were suddenly newly minted fans of their all news format.

The FCC Saves AM Radio

The FCC’s mission to save AM radio is to give these radio stations an FM dial position using a translator. What are we really saving? The AM band or a particular format that a radio operator created on the AM band and now, to survive, needs to move it, like WTOP, to the FM side of the dial.

From my blogging, I get lots of feedback about a variety of things concerning broadcasting. One reader wrote to me about his father, a sports fan, who turned on WIP-FM to hear the latest chatter. WIP-FM was broadcasting a game of no interest to his father, so his son said to him, why don’t you turn on WIP AM610. Sadly, this person wrote the audio was unlistenable. He wrote: “You’d think the FCC would mandate that AM have standards for audio quality in receivers.”

When I was living in Bowling Green, Kentucky, I couldn’t receive 650AM WSM in my office, even though my office looked south and my antenna was able to enjoy a full wall of windows. The noise floor both inside my university office as well as around town while driving in my car made the station unlistenable. WSM was once listened to all the way to Louisville in northern Kentucky. Instead, I downloaded WSM’s app and could enjoy the radio station in crystal clear stereo. (I see WSM has stopped subscribing to Nashville Nielsen Audio ratings.)

The British Broadcasting Corporation (BBC) did a review of the range of services it offered on the AM band (called medium wave across the pond) and it included a financial review of all its services too. They concluded the ROI (return on investment) in AM was not there and announced they would be turning off some 13-AM radio stations in January 2018 according to Radio Business Reports.

There’s a great radio operator in Cadiz, Kentucky by the name of Beth Mann. WHVO is her AM radio station at 1480, but if you go on her website, you won’t find any mention of this station being on the AM radio dial. It’s promoted as WHVO 96.5 & 100.9 FM.

It’s time to face the fact that AM radio needs to be re-deployed for a new service. Current radio station owners should be given a viable FM dial position that replaces their AM service area, and doesn’t require multiple translators to attempt to accomplish this task. (Note: WHVO needs two translators to deliver the signal of its AM 1480.)

It’s time to allow those same dedicated radio broadcasters to sell off their expensive AM tower sites and turn off their AM stations that consume electrical power with no real ROI.

“To everything there is a season, and a time to every purpose under heaven…”

AM radio’s time has come and gone as the mass communication delivery system it was from the 1920s to the 1970s, much as radio replaced vaudeville.

That’s why I believe we do no service in promoting radio as “AM/FM” and not being honest about where virtually all of the radio listening is really taking place.

Sadly, AM radio is to broadcasting as coal is to power generation. It was the perfect solution in its day.