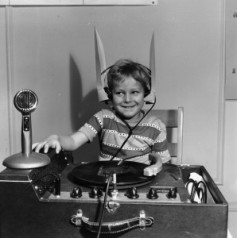 I read with interest what the new Radio Board Chair of the National Association of Broadcasters, Randy Gravley, had to say in a Radio World interview about what he saw as the issues of concern for the United States radio broadcast industry.

The Most Pressing Radio Business Challenges

On the top of Randy’s list is the rise in streaming services. He feels for radio to be competitive it needs to be on as many platforms as possible but also needs to be delivering content not available elsewhere. It goes back to a real dedication to localism.

What IS Localism, Anyway?

The “Home” page says WJLA 101.1 FM is your source for up-to-date news, sports and community announcements. There was no mention about the radio station being available on any platform other than over-the-air. Likewise, the “About” page tells us that they can be heard in 18-counties in the tri-state area of Georgia, Tennessee and North Carolina. It also says: “Our signal, which remains constant (unlike AM radio stations that lower the power at sunset and sunrise), reaches our target audience of those thirty years old and older.”

I’m sure all AM broadcasters will appreciate that kind of talk. NOT.

The closest thing I could find to “localism” was that WLJA has a “dedicated, award winning staff with over 150 years of combined broadcast experience” and that they “cover all of the local news from our listening area.”

So, I went next to the “NEWS” page, which features a drop-down menu of “Local, Sports, Music.”

I started with the Local News and saw that the city of Woodstock was having an eclipse viewing gathering. NOTE: I’m reading this local news on August 31st about an event that already happened on August 21st between 1 and 4pm. I also learned that I could tour the new Northside Hospital Cherokee on Saturday, April 22nd from 10am to 2pm.

Is this an example of localism done right?

The “Sports” page did give me the high school football schedule, but other than a list of sponsors, nothing else.

The “Music” page was a list of the “Top 30 Gospel Request Time Songs for 2016, 2015, 2014 and 2013.” But it appears these songs are the favorites from a national database not one compiled locally by the radio station.

There was no mention of any local gospel or country groups or any information about where this type of music might be enjoyed locally in live venues.

It was time now to see how the radio station sold itself to local advertisers.

In big red type is said “Home to over 38,000 listeners at any given moment!*” That sounded impressive, but there was that “*” at the end of the statement. The asterisk qualified that claim with the following information: “*As rated by ARBITRON 2007 county by county coverage in Georgia, Tennessee and North Carolina.”

OK, there are some immediate problems with that qualifier. First, it’s 2017 not ten years ago. Second, Arbitron has been gone since September 2013 when it was purchased by Nielsen and re-branded as Nielsen Audio. Other data is sourced as of 2008.

All of these things were found on the radio station’s “Sales” page.

Everything was station focused and not advertiser focused. (Or listener focused)

The sales information didn’t scream “localism” to me. It also offered no information about advertising opportunities via streaming.

In fact, I can’t find on any page anything about being able to hear WLJA 101.1 FM over the internet or via any of the platforms that Randy says are now so critical for radio broadcasters.

When I started to write today’s blog, I never intended for it to come off looking like a “hit job” on the newly elected Radio Board Chairman. So, I want to apologize to Randy for how negative this article became.

But he’s not alone.

We know what the issues are. We talk the talk, but when it comes to walking the talk, well that’s not happening.

77% of all adults in America today say they own a smartphone. That number was only 35% six years ago.

But if you’re looking for the smartphone’s impact on the future, 92% of 18 to 29 year olds today own a smartphone.

Suffice it to say, if your business model doesn’t work on a smartphone, ‘fuhgeddaboudit.’

I think the new localism is whatever a person wants, when they want it. Localism no longer means a geographical area. Localism means shared interests.

When a radio station or other mass medium markets itself as being “something for everyone,” it really is saying it’s nothing for nobody.

The future of mass media is reaching the smallest possible viable audience to earn a decent R.O.I. (Return On Investment)

Welcome to the Communications Revolution

What we are seeing in mass mediated communications is a revolution. Like the other worldwide revolutions (Agricultural, Industrial) the impact of this information-driven economic revolution will be enormous.

Unlike the world’s revolutions of the past, this one will explode with exponential speed.

You can see it happening with artificial intelligence (think Alexa or Siri), robotics, self-driving vehicles etc.

And on August 30, 2017 came a study by Larry S. Miller, Director of the Steinhardt Music Business Program at New York University that says radio is faced with a paradigm shift. He outlines why radio must adapt to the rise of digital.

I know that the NAB and Nielsen have already come out with their side of the story regarding this report by Mr. Miller.

But maybe instead of throwing stones, we should stop living in our own glass houses.