The End of the iPhone 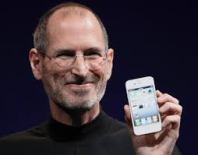 I write about radio in most of these weekly articles. Recently, an article that compared the future of AM radio to the future of the coal industry created a lot of conversation.

People who don’t listen to AM radio wondered why this was even a topic for discussion and people who own AM radio stations felt they would never go away, even though they were actively acquiring (or had already acquired) an FM translator for their AM station.

Putting your programming content on an FM translator is NOT saving AM radio. Period

I remember the day I got a fax machine for my radio stations in Atlantic City. It was the day one of our biggest client’s ad agency called about the next month’s orders for their casino client and told me that if I wanted to be on the buys going forward, I needed a fax machine. Only those radio stations with fax machines would be bought.

Holy Batman! I got a fax machine that same afternoon.

Soon a dedicated phone line was installed just for the fax machine.

How important is faxing these days? I still see fax numbers on business cards and websites but really, does anybody send faxes anymore?

There’s no effort that I know of to save the fax machine.

I spent over four decades of my life in radio broadcasting because of AM radio. I remember my first radio, a Zenith transistor radio

that came with a single ear piece. I remember sneaking it into school to hear the Red Sox playing in the world series. I don’t remember what the teacher said in those classes.

The transistor liberated radio from being a piece of furniture that occupied the living where the whole family would gather around to hear broadcasts. The TV would be the electronic piece of furniture that would take that spot once radios moved to the kitchen, bedroom (clock radios) and just about everywhere else people went now that the transistor made them light weight, stylish and very portable. 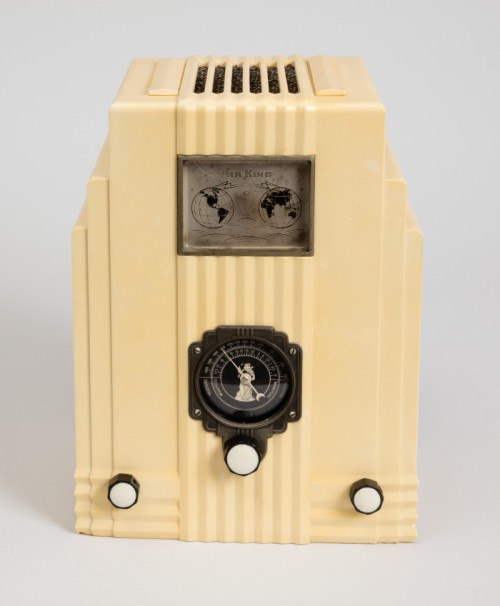 In fact, I just visited the Cooper Hewitt Museum of design in New York City that showed the evolution of radio set design from the beginning to the present.

The present is characterized by the iPhone and Google Home (smart speaker technology) neither of which looks anything like a radio.

My first mobile phone was a bag phone that sat on the front seat of my car with a wire that would run out the back window to a magnetic antenna that attached to the roof. That seemed like a big improvement from the previous form of remote communication with my radio stations; the pager.

The bag phone would be replaced by a Motorola flip phone. It rode in a holster on my belt. I wouldn’t trade my flip phone for a bag phone for anything at that time. It was such an improvement in cellular communications.

Of course, the need for more information to be communicated remotely demanded that I get a Blackberry to stay in contact with not just my radio stations but corporate. I opted for a Blackberry Pearl as it was very small and so compact, it fit into a pocket in my dress pants, that I think was designed for loose change or maybe car keys.

I stayed away from the newest smartphone technology because it was so big compared to the size of my Blackberry Pearl. Until my son took his iPhone out of its Otterbox and put it next to my Pearl and I realized it wasn’t all that big. In fact, it was thinner than my Pearl.

I got my first iPhone soon after that. An iPhone4S. Siri would begin to write all of my emails and text messages from my verbal dictation. It made written communication a breeze.

I would stay with my 4S for what many of my students thought was an eternity, five years (2012-2017). The main reason was it worked perfectly and the other reason was I didn’t want to move to a larger phone.

Finally, the iPhone4S could no longer receive software updates because the technology was “so old” and my battery was beginning to show its age with all the nightly recharging. So, I bit the bullet and upgraded to the iPhone7 with 256GB (the same as my MacBook) and a pair of AirPods to go along with it.

While in some ways it is larger than my old 4S, it really is sleek and I quickly fell in love with it.

I would never wish to return to the days of only having a pager, bag phone, flip phone or Pearl. I would not even wish to return to my 4S, though it now is attached to my home FM system to stream music wirelessly to FM radios in every room of my home and taken on a second life.

Microsoft’s Alex Kipman is the person who says that augmented reality could “flat-out replace the smartphone, the TV and anything else with a screen.”

Up to the present time, all gadgetry depended on us wearing something. But Elon Musk co-founded a new company called Neuralink and its working on technology that would blend the human brain to computers making humans one with the digital world.

No iPhone, tablet, computer, TV or radio would be needed to access the digital internet world.

Musk believes at the rate of digital development the only way humans will be able to keep up with change will be through being augmented themselves via a neural lace.

This is the stuff of science fiction with a Stephen King twist.

The smartphone connected to the internet has given everyone superpowers by instant access to all the world’s knowledge and wisdom. Eliminating this passive device so that our minds can be continuously linked to that information fountain is the natural evolution.

Can you see why smartphone makers aren’t worrying about having an FM chip in their devices?

The Book of Ecclesiastes (adaptation & music by Pete Seeger)

A time of love, a time of hate
A time of war, a time of peace
A time you may embrace, a time to refrain from embracing

-sung by The Byrds

Let’s hope it’s not too late.

15 responses to “The End of the iPhone”