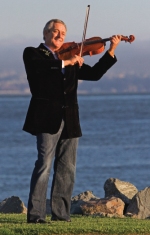 In 1979, two major life-changing events occurred around the same time. One, I got married and two, I left the programming, operations, and on-air side of the radio business to enter radio sales. Both would change my life forever.

Before I ever set one foot on the street to sell a radio ad, my new company’s owner would send me to sales training. The trainer was Jason Jennings, and when I finished the day with him, I could not wait to get out on the street to begin selling radio advertising.

Jason was born on May 31, 1952 in Ishpeming, Michigan. He earned a Bachelor of Arts degree from the University of Detroit. His politics back then were listed as Republican and his religion Lutheran.

I didn’t realize that when I first met Jason to undergo radio sales training, we were the same age, 27. He was so self-assured, confident and in total command of the room. He told everyone to take off their wrist watches and be prepared to take notes. I remember filling up my note book with what he was telling us.

What most amazed me was he taught for an entire day and everything he shared was stored in his mind. Not a single note did he ever refer too.

Only recently have I learned that while Jason and I started off as Republicans, we both were now progressives in our political views, we are both of the Lutheran faith and both aged 67.

Music was also a part of our lives, Jason played the viola and I the trombone.

I met Pat “Spark” Shaughnessy at a radio conference back in the 90s. We were sitting next to one another and he introduced himself. That led to hanging out during the meetings and forming a friendship by the time the conference ended. Pat invited me to review a new radio sales training video program he had just finished with Jason Jennings. He sent me the entire program and I would watch every second of it and read the workbook materials. I then sent Pat a multi-page document with my thoughts.

Years later, when I was working on an advanced radio sales course for my university’s School of Broadcasting and Journalism, I contacted Pat to see if I could purchase two copies of the Quantum Sales Training Broadcast System for my students.

The program by now had been bought for thousands of dollars by over 600 TV stations, 2,000 radio stations and several hundred cable systems. Today, one copy of the series sits in the WKU main library and the other copy in the school of broadcasting.

The basics of the program, written and hosted by Jason, are timeless. I’ve used the DVD on Negotiation in sales training at all of the radio stations I’ve managed and in my introductory sales classes at the university.

I believe it was through LinkedIN that Jason first reached out to me to reconnect. More recently, Jason asked to be friends on Facebook. I’m embarrassed I didn’t ask him first. I believe it was because I so looked up to him as a mentor and felt asking would be a bother. Jason obviously didn’t feel that way.

Over time, I learned we were in concert on so many things, like what’s important in sales, management, politics and life.

Jason really cared about people. Somehow this man who was named among the twenty-five best speakers in America by the Nationwide Speakers Bureau, a bestselling author and media consultant always found the time to drop me a note and wish me well. I’m sure I was not the only one Jason did this to.

During his keynote addresses, it was normal for Jason to ask the audience “How many of you want your tomorrows to be better than today for you and your family?” He knew how to tap into our universal human desires in a real and genuine way.

“Ensure your heart is in the right place with a genuine desire to help highly principled people reach their full potential,” was how Jason’s podcasting co-host, Dale Dixon, defined Jason Jennings’s purpose in life.

In life, there are some phrases you come in contact with that become a part of you. When seeking to know what an advertising client was expecting from his radio campaign, Roy H. Williams taught me to always ask, “How will you measure success?” From Zig Ziglar I learned, “You can get anything in life you want, if you will just help enough other people get what they want.”

From Jason Jennings I learned, “Prescription without diagnosis is malpractice.” In other words, before you can begin to advise any client what he needs to do to improve his business you first need to learn, where it hurts, what’s going wrong, what’s the breakdown that’s causing business to languish.

For me, Jason’s phrase spoke to my unending curiosity. I loved asking clients lots and lots of questions; about their life, their families, their business, then using what I learned to create unique, one-of-a-kind advertising programs to increase their business.

Back in October of 2012, my radio friend Barry Cohen wrote an article for Radio Ink taking the radio industry to task for the lack of radio sales training. Barry wrote, “When I started selling radio advertising, the first thing my sales manager did was hand me one of Jason Jennings’ books, which I promptly ‘devoured.’ As I moved to each station, my managers continued to give me the good stuff, exposing me to the likes of Chris Lytle (who just turned 70 this month), Irwin Pollack, Pam Lontos and, of course, RAB sales training materials.”

For many of us, Jason Jennings was one of a handful of training professionals that radio people held in very high esteem.

In August of 2016, I wrote a blog article based on one of Jason’s “Game Changers” podcasts. I applied the lessons Jason learned from his analysis of why Yahoo! disintegrated to the radio industry. “Don’t Let Radio End Up Like Yahoo!” was the fourth most read article on my blog in 2016.

In reviewing that article’s advice, it strikes me that this is how Jason Jennings lived his own life.

Jason Jennings was an original who pursued perfection and achieved excellence.

I will always be grateful to Jason Jennings for giving me a solid foundation upon which I was able to build a successful radio and teaching career.

A global community of sales and management professionals are saddened by Jason’s sudden and unexpected death this month from a ruptured aorta aneurysm.

We will always be grateful for all he taught us.