Growing up in Western Massachusetts prevented me from hearing WRKO’s 50,000-watt Boston signal because of its directionalized North/South pattern and so hearing this incredible radio station was a delight only when I traveled to the eastern end of the Bay State.

For those that aren’t familiar with Boston Radio, WRKO brought the formatics of 93-KHJ Los Angeles to Boston under the leadership of General Manager Perry Ury. Before the station’s switch to Top 40 in March of 1967, the station was known as WNAC.

The Big 68 became WRKO with the launch of the new format and RKO Radio Consultant Bill Drake.

At the time of the reunion, Phil Zachary was Entercom’s Market Manager for Boston and overseeing WRKO. Phil was promoted to Market Manager of Entercom’s Hartford, Connecticut properties after the Entercom merger with CBS Radio. 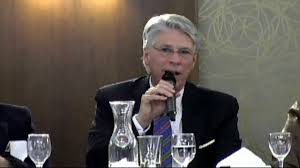 It was what Phil shared at the WRKO 50th Anniversary Dinner that most resonated with me and it’s what I’d like to share with you in this week’s blog.

Phil started off his talk by saying, “I got into radio as a disc jockey to play records and meet girls, like most of you, but I wasn’t as good as most of you, so I ended up as a manager,” adding that he’d been in radio for 41-years, 33-years as a general manager.

What WRKO Meant to Me

Phil grew up in Connecticut listening to parent’s favorite radio station 1080AM-WTIC, so he wasn’t one of the original members of the staff when WRKO was launched as Now Radio back in 1967. But he wanted to share with the audience what WRKO meant to him. Here’s what he shared:

“I was 13-years old and living in Hartford when this station (WRKO) came on the air. If you wanted to be in radio, there was no better place to grow up because there was WPOP, WDRC, 13-WAVES in New Haven and WPRO in Providence and everyone was working to get to New York or Boston, so I heard a lot of you guys as you were working your way up and I got to tell you I wouldn’t be here today if it weren’t for you.”

“I have 300-employees now in this region and the thing I lament so much, and the thing you really need to celebrate here tonight, is that you are artists, you were real craftsmen, you were entertainers, you were right every bit, every bit, the equal of that music you played. And to this day, I can’t hear those records without hearing you between those records. And without those elements in-between, without who you were in-between, those records were meaningless to me. They don’t mean anything to me. And they don’t mean anything to a whole generation of people who grew up believing you were a part of those groups. That that’s who you were.”

“I have to sit here and thank you with all my heart, not only for making my young life so special but for allowing me the spark and the privilege to earn my living for the last 41-years in this business. You did that for me. You put me up here at this table. I am so thrilled and proud to be here with all of you because I listened to every one of you on the radio. Every one of you!”

“There isn’t a day that I come off that elevator and the first thing I say to myself is, ‘holy shit, I’m general manager of WRKO,’ but the second thing I say to myself is, ‘holy shit I could have been on WRKO if I had a great program director, that cared about me, that called me on the hot line and said don’t do that again.’ And that’s what’s missing now, is that we don’t have artists anymore. We don’t have kids that come on the air before the Polish show on Sunday morning and play the tapes and play on the cue speaker the show they really want to do. We don’t have that anymore and one of the reasons we have the show on Saturday night (WRKO 60s Saturday Night) is because I can’t let that die. It can’t go away.”

My own personal story is a parallel to what Phil shared. And I am in complete concert with all that he said.

We are real radio guys.

Radio’s legendary personalities have been lovingly captured by Art Vuolo and I encourage you to check out his website HERE and order some DVDs.

For those of us who made radio a career 50 years ago, it will remind you about why you got into this wonderful crazy business.

For those of you who want to know what radio was like before the internet and social media, it will be a wonderful, inspiring learning experience.

After this article was written, a research report on the power of personalities was released this week. Tom Taylor’s NOW (4-24-2018) writes: “On-air talent is a huge draw” for AM/FM radio listeners, says Lauren Vetrano, Director of Content Marketing at Cumulus/Westwood One. She presents results from a new study with Vision Critical/MARU, and says “We asked 2,617 consumers how they felt about radio personalities. The results show a strong affinity and trust that marketers can use to their advantage in audio creative.” 68% of respondents “were able to name their favorite AM/FM radio DJ, personality or show.” More than half (52%) “say the main reasons they choose to listen to their favorite station” are specific people or shows. Lauren says “having a connection is about more than just preference…listeners develop loyal relationships based on humor and trust.” Read “The relationship between personalities and listeners is personal” by clicking HERE

You might also enjoy an article I wrote on this same subject back in September 2015 titled “We Never Called It Content.” I wrote:

Larry Lujack, The Real Don Steele, Robert W. Morgan, Dale Dorman, Ron Lundy, Salty Brine, Bob Steele, and so many, many more. These names I’ve dropped are all no longer on the radio. Terrestrial radio anyway. We radio geeks like to think they are now Rockin’ N Rollin’ the hinges off the pearly gates.

Everyone can understand the circle of life. People retire, people pass on.

But this past week saw the “forced retirement” of more big names in radio.