We Are the Choices We Make

From my earliest days, I knew what I wanted to do in life. Drive a car, fly a plane and be a disc jockey.

I know, they don’t seem like big hairy audacious life goals, but to an eight year old, they were.

You might be surprised to learn that the goal of becoming a professional disc jockey on an AM radio station came first. I actually had to have my mom drive me to the radio station and pick me up after my shift and I’m sure it was a kick for both of my parents to hear their youngest son on the radio.

My mother was a radio listener. My father never was.

By the time I got my driver’s license and was graduating from high school, my radio work had earned me enough money to buy my first car and head off to college.

My course of study in college was in physics and education. I was on the path to becoming a teacher. My parents didn’t feel that becoming a full-time disc jockey was a career with any future and wanted me to have a college degree and a career I could fall back on.

While pursuing my undergraduate degree, I worked to get an FCC license for an FM radio station for my college and became the first general manager of WJJW 91.1FM. Between classes I DJ’d on my college radio station, and on weekends, holidays and summers, earned money working in professional radio.

I never had a student loan and between my radio work and playing a trombone in professional marching and concert bands, I not only paid for my college education but saved some money too.

Flying a plane wouldn’t happen until 17-years later. I was promoted to general manager of WIIN-AM/WFPG-FM in Atlantic City, New Jersey. The previous general manager had worked out a trade deal with our local airlines, which also provided our news/talk AM 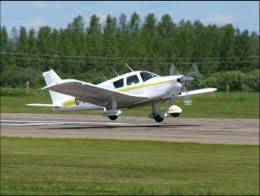 radio station with local traffic reports during beach season. When I took over the job, everything was already in place for flying lessons and I took advantage of the arrangement and learned to fly.

Soloing a plane over the South Jersey Shore Beaches in the summer time on the weekends was such a thrill.

Whenever people would ask me what I wanted to do next with my life, my answer was always the same, teach. Yes, I wanted to teach at a college or university the very profession that I had spent my entire working life doing, radio.

When Clear Channel was doing major RIFs (Reduction In Force) in 2009, I one day found myself with a surprise visit from my Regional Vice President. For the past year, I had spent being told who I needed to terminate next in my radio stations and I knew this time it was me. It was the worst year in radio I ever had.

The good news was, I saw in Radio Ink that Western Kentucky University was looking for a broadcast professor to teach sales, management, history and other radio/media courses. The position perfectly described my background and because of my two college degrees, both in education, I knew I had found the final path of my professional life.

I moved to Kentucky. Helped Dan Vallie to create the KBA/WKU Radio Talent Institute and over the course of seven years did research on the future of radio, along with creating this very blog, that I’ve been writing weekly for over five years.

Before retiring from the university, Joe Limardi, then operations manager for WSM 650AM in Nashville, invited me to come to Music City and do a radio shift on The Air 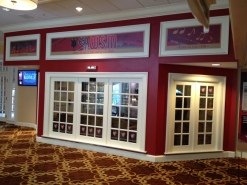 Castle of the South. Joe Limardi had been a guest professional broadcaster in my Capstone Class at WKU and it was during his lectures with my students that I learned that Joe had grown up listening to me on the radio back in our hometown of Pittsfield, Massachusetts on WBEC 1420AM. Joe always thought of me as a disc jockey and little did I know I inspired him to pursue a radio career. 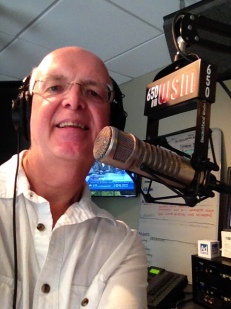 I had not been behind the mic on a radio station in 35-years. I had a 10-minute lesson in how to run the control board from Joe and then was off on my own to do the next four hours on The Legend WSM.

Soloing on WSM that day was a thrill, one I had not had since my flight instructor got out of the plane one day and said, “Take it around by yourself.”

But my disc jockey second act didn’t end that day, I continue to do a VT midday shift (EST) on WMEX-LP out of Rochester, NH and heard worldwide on TuneIn Radio.

One thing is clear, we are the choices we make.

Don’t let anyone tell you, you can’t do it.

I’ve been reading all the opinions about the FCC’s proposal to change the rules regarding America’s 77 Class A (formerly known as clear channel) licensed radio stations. Supposedly, all being done to “revitalize” the AM broadcast band. Like giving AM radio stations an FM translator does nothing to revitalize AM radio listening, neither – in my honest opinion – does this bright idea either.

The FCC’s plan is to allow AM radio stations to retain their daytime power at night, politically correct though it may be the laws of physics play by no such rules. And we don’t have to wonder about the consequences, because to some extent this type of thing has already been initiated with 1,000/250 licensed stations maintaining a full 1,000 watts day and night, and it didn’t work.

First, I don’t have a dog in this fight. So what I’m about to say is not to benefit one side or another. These are my own opinions.

My first GM job was running a daytime 1,000 watt radio station with no pre-sunrise or post-sunset authorization. We signed on with local sunrise (7:15am in the winter) and signed off at local sunset (4:15pm in the winter). I was at my desk before my radio station went on the air about half the year and I remember writing commercial copy for an advertiser I’d sold that day as my radio station was playing the Star Bangle Banner to sign-off for the day.

When that carrier was turned off, WBT from Charlotte, NC would come booming in.

I know the pain of being a small radio operator.

Today, such a radio station has probably obtained a 250-watt FM translator and has its programming appearing on local FM radios in addition to their AM signal. Ever listen to any of these radio stations? I have, when I take road trips. I’m listening to their AM signal but they only identify themselves by their FM dial position.

The clear channel signal designation goes back to the Radio Act of 1927 and the creation of the Federal Radio Commission (FRC). The FRC immediately went about creating a number of national “clear channel” AM radio stations that would be superior in quality broadcast content and with enough power to be heard over an entire region. Their signal would be on a frequency that would have no competition. Lower power AM radio stations would be relegated to a complex system of frequency sharing.

The FRC was later replaced by the Communications Act of 1934 and the establishment of the Federal Communications Commission (FCC). The FCC was put in place to be the “cops” of the people’s airwaves and protect those airwaves from being misused or interfered with in any way.

The FRC operated under the belief that it would be better for America to have fewer radio stations of higher quality than lots of radio stations that were mediocre.

The FCC, mainly through deregulation, has lost that mission. For broadcasters it meant less oversight – which they didn’t mind – but it also meant that the FCC wasn’t looking out for their interests when it came to policing things that might interfere with the AM broadcast band. You see the FCC regulates (or not) those things that now are the bane of AM radio. Things that, like Mother Nature’s lightning, interfere with AM radio signals – light bulbs, power lines, computers etc.

I Grew Up On AM Radio

By the way, it was lightning’s interference with AM radio that was the impetus for Edwin Howard Armstrong to invent frequency modulation or FM radio. FM is how the audio gets to your TV set.

However, I also ran a news/talk AM radio station once that people depended on in emergencies and that was the problem. They didn’t think about it any other time. So I’m very aware that to be viable, a radio station needs to program something that people want/need even when there’s no emergency affecting their lives.

How To Save AM Radio

So here’s my “bright idea” to save AM radio. Eliminate Class B, C and D AM radio stations, sign these signals off and let them make their current FM translators their whole radio station. First, they will be able to liquidate the land their AM antenna farm sits on and at the same time reduce their operational costs. They already are identifying by their FM translator’s dial position and local residents have most likely made the switch.

For America’s Class A (formerly known as clear channel class stations), I proposed a HUGE power increase, like to 250,000, 500,000, 750,000 or a million watts for these current 77 stations. I would also propose a study be done of AM radio stations, not currently licensed as Class A being reviewed for such a designation, but with a power of say only 50,000 or 100,000 watts to deal with specific geographies and locations of America.

There’s simply no way to put the “noise genie” back in the bottle that causes AM radio such grief. My hope would be (and you radio engineers feel free to weigh in here and set me straight) is that by removing a lot of the AM radio clutter caused by other AM radio stations and increasing the power of the few remaining stations, we might cause these stations to be really listenable in more (most?) situations.

I would also regulate these new high power radio stations in the same way that the FRC proposed when they established them. These would be stations that would create original programming. They would be operated by entities that would operate in the public interest, convenience and necessity. They would be a low tech backup in a high tech world. They would have the scarcity of competition that should make them economically viable because of their attractiveness to advertisers. They would tie the country together in the event of a disaster. If a local dominant AM radio station was taken out by a disaster, the other high power stations, not similarly affected would be able to be heard and assist the affected area.

This situation happened years ago in Kentucky when floods put Louisville under water and Nashville’s 650AM-WSM stepped in to provide residents with the information they needed.

AM radio that provides solid information and yes, even entertainment, would get listeners. But even more importantly, it would provide America with a life-line in times of emergencies that digital communications has been shown to fail.